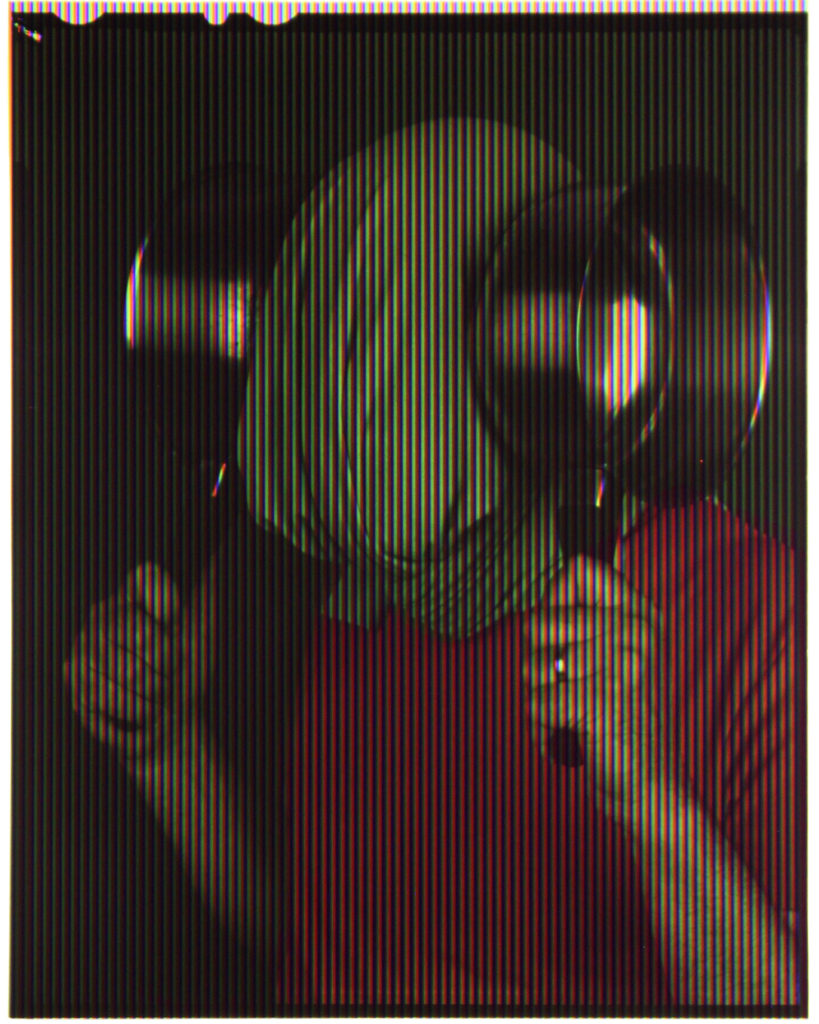 Phelan has been working for the past 3 years on reviving a forgotten colour photography process invented in the 1890s in Dublin. John Joly, a professor from TCD invented a process that proved full colour could be made from combinations of red, green and blue light. The resulting photograph is comprised of two parts – black and white sheet film and a colour screen made from red, green and blue stripes. This is not a chemical process but instead filters light on exposure and display to create colour. This image is from a series of self-portraits and formed part of an installation at The Lab earlier this year. Phelan will have a series of exhibitions in 2020 which will show many more variations of these photographs at the RHA, Void, Solstice and CCI Paris.

His work is included in the collections of the Irish Museum of Modern Art, Trinity College Dublin, Limerick City Gallery of Art, The National Self-Portrait Collection, the Office of Public Works, Dublin City Council and several private collections.
alanphelan.com