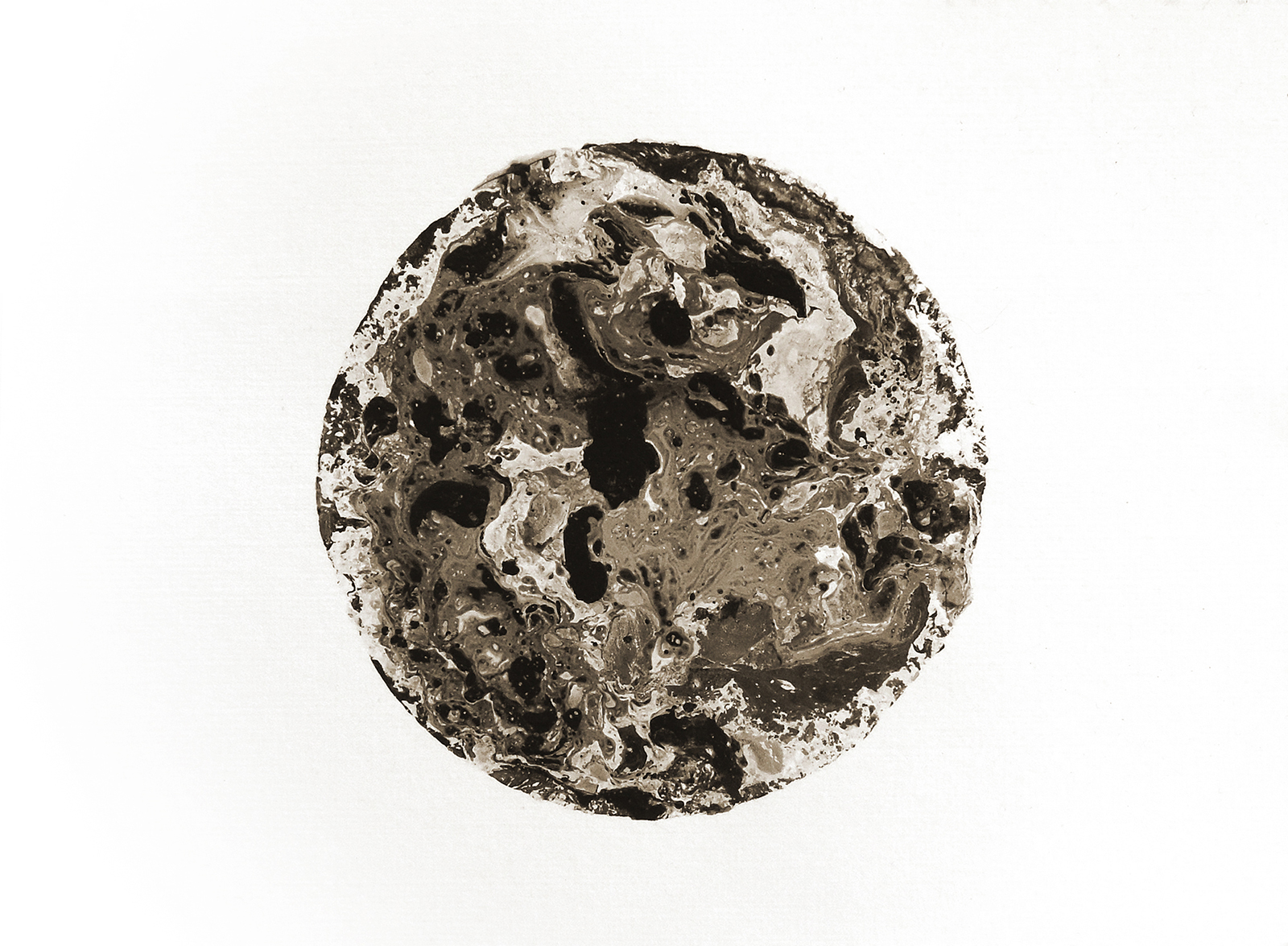 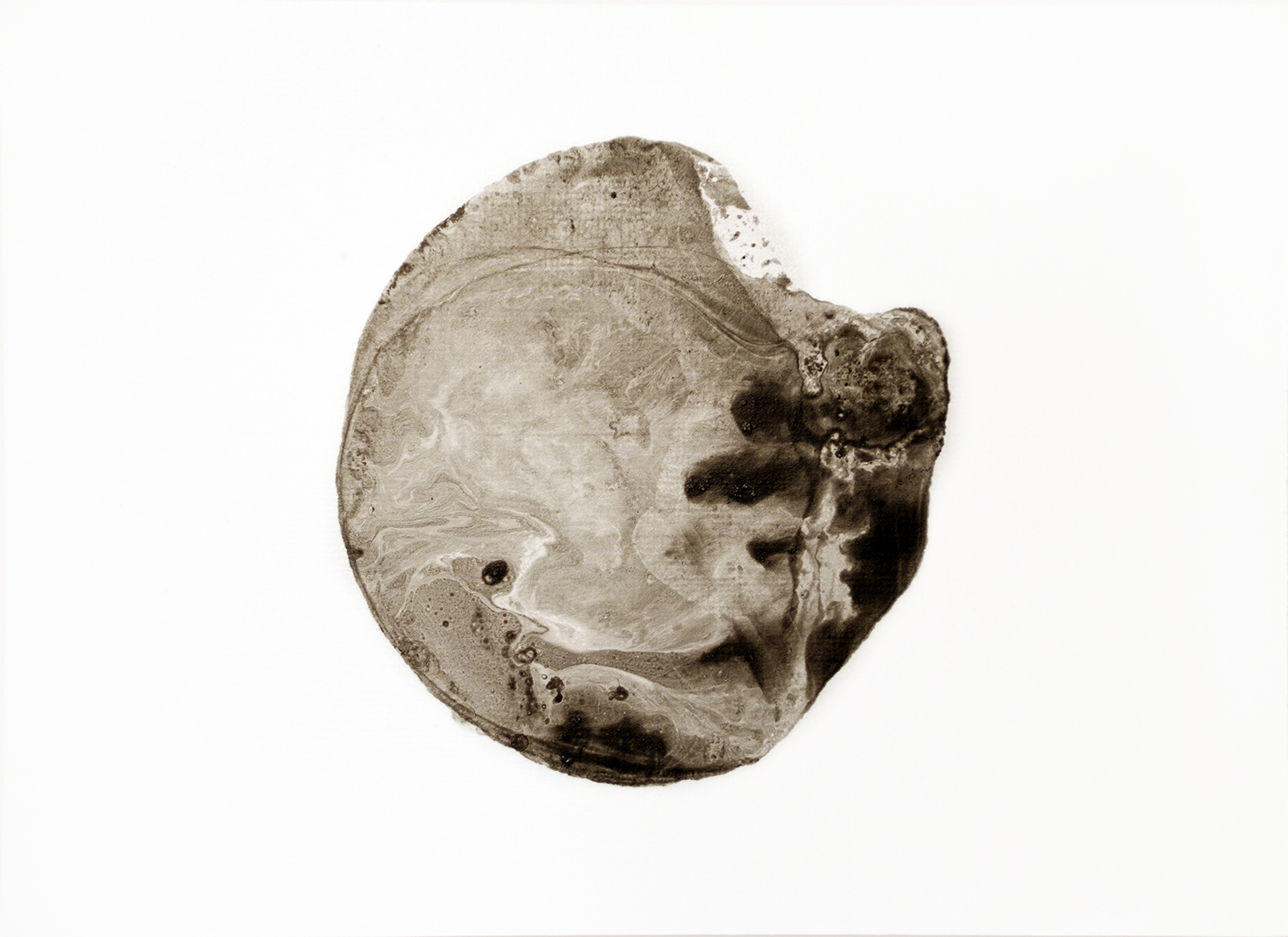 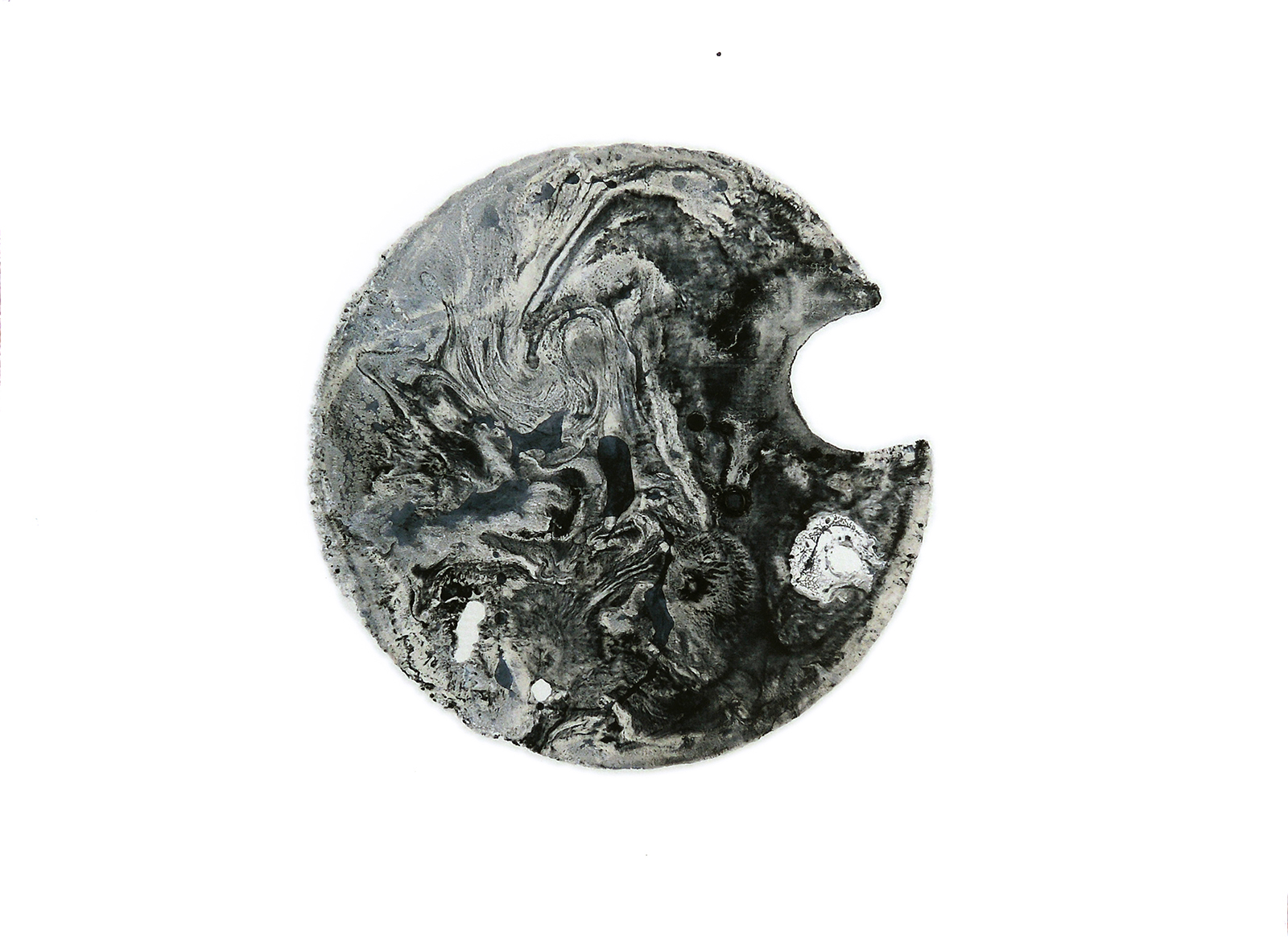 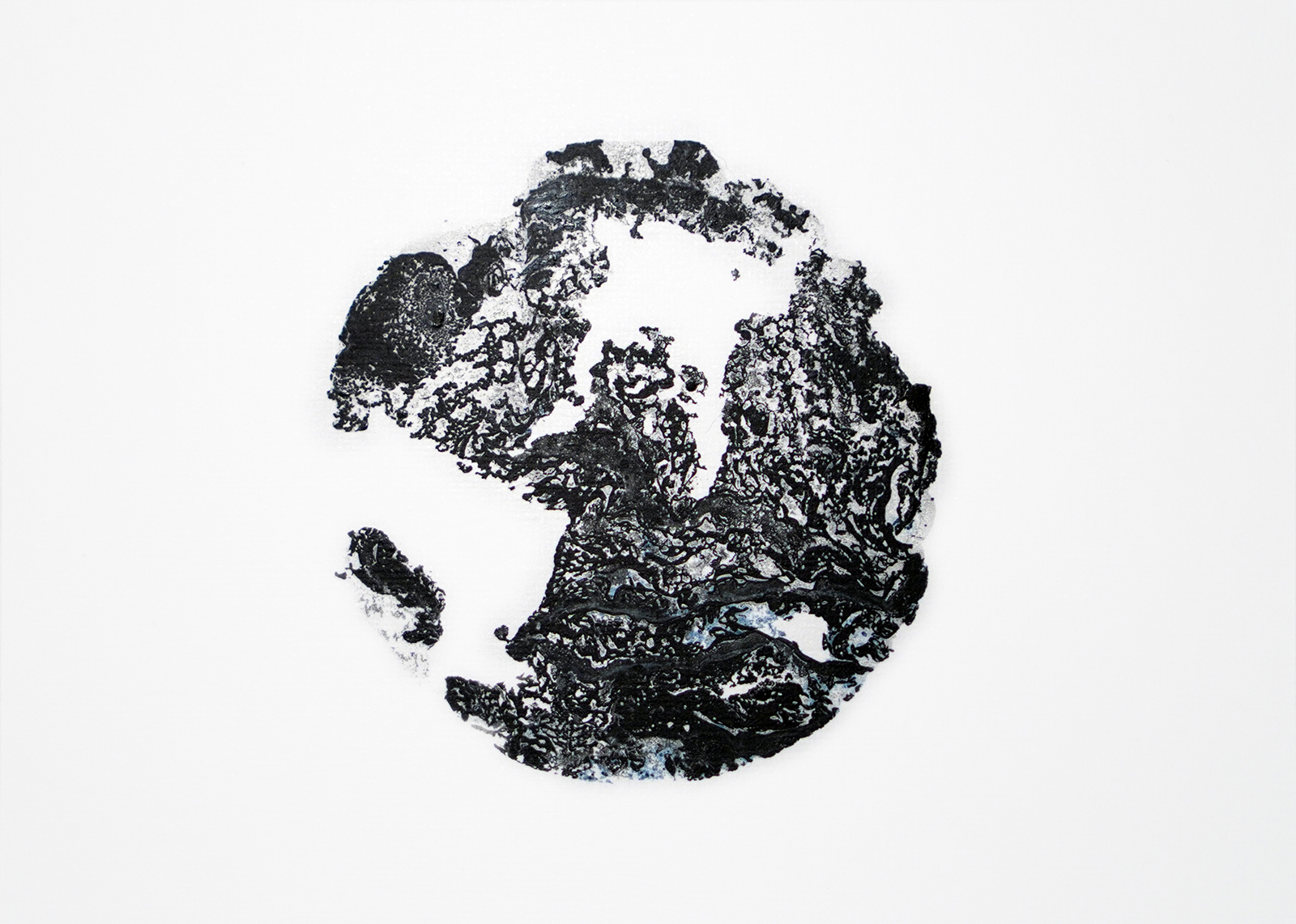 The Ice Prints are created by melting ice and water. The aim is to capture traces of the patterns which nature leaves in its path without any interference. Dorota says that she only prepares the conditions where the image can be developed. The cycle is a part of her recent experiments which also include: Rainy Paintings and Ice Paintings. All of them are based on the reactions which are unleashed when mixing water and oil paints. The process of painting has become the starting point for all Borowa’s recent works. Her paintings and prints become a place between accident and design, between acceptance and destruction. She does not have a preconceived image and this freedom allows her to accept the way the paint flows or to impose her own will.

Dorota Borowa is a Polish artist based in Dublin. She received her MFA from the Painting Department at the Academy of Fine Arts in Warsaw. Dorota has exhibited both in Ireland and abroad (e.g. Eight Gallery, Dublin, Ormond Studios, Dublin, m² Gallery, Warsaw, Galeria Arsenal, Bialystok, Poland, BWA Gallery, Zielona Gora, Poland, Haugar Vestfold Kunstmuseum, Tønsberg, Norway, Platan Gallery, Budapest) and has been awarded a number of residency programmes (e.g. Cill Rialaig, Ballinskelligs, the Mothership Project Satellite Residency). She is a co-founder of the Borowe Sisters Group. One of her ongoing projects is Map Books, inspired by travelling in South-East Asia in 2015. To date Borowa has received two scholarships from the Polish Ministry of Culture as well as SDCC Individual Bursary Award (2019). In 2016 she was longlisted for the Aesthetica Art Prize. Her work has been selected for the second issue of Bloomers Magazine (2018). Borowa’s work was also recently featured in the film ‘Monument’ by award winning Polish director Jagoda Szelc. Her paintings have been recently selected to be purchased by the National Museum in Gdansk in Poland (for the collection of Polish Artists Living Abroad). Dorota collaborates with m² Gallery in Warsaw.
dorotaborowa.com