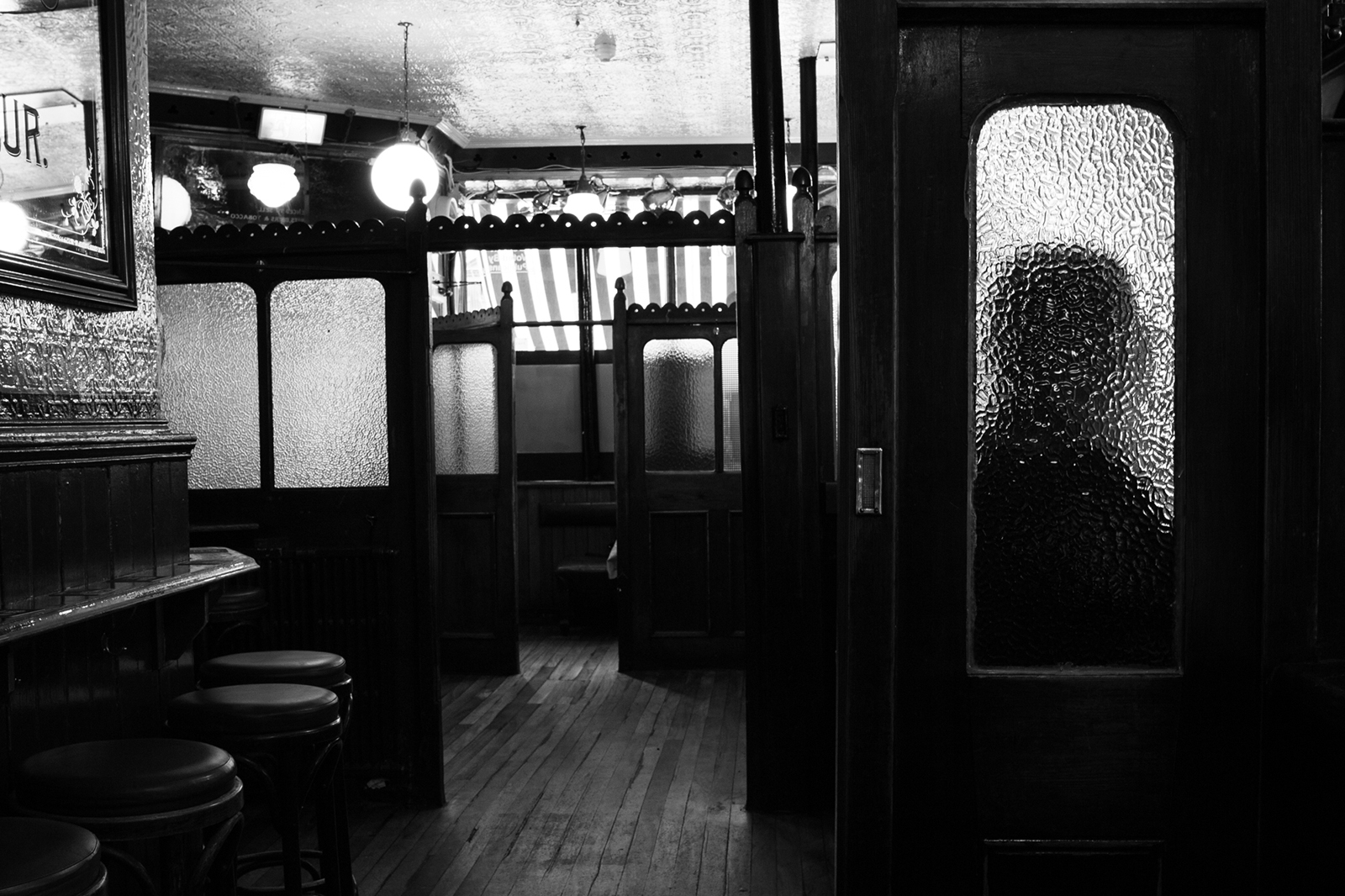 This image, taken in Keoghs pub in Dublin city centre, is an attempt to challenge the idea that social spaces such as pubs were/are not open to women, and also looks at how we encounter episodes of social panic about women’s drinking.

Elizabeth O’Shaughnessy took up photography only in the last five years. She graduated from NCAD this year where she completed the certificate in photography and digital imaging. This series was her final project. Inspired by the Decade of Centenary and the Repeal movement (2018), this (ongoing) project, ‘Pills and Pints’, is an examination of women’s experiences in the Irish state in the 1970s. The series looks at what the Irish state meant for women’s everyday lives and the changes that came about in the decade that saw Ireland’s entry into the E.E.C. The six images capture the legislation which directly impacted women, from a lack of access to contraception and reproductive healthcare to censorship and the dominance of the Church. The series ends on a note of hope, as this decade saw great steps taken to greatly improve women’s rights. Each image was shot on a digital camera in various locations in Dublin.
Instagram